The North Carolina Chapter of the American String Teachers Association enriches lives through universal access to excellent string teaching and playing. We pursue this mission through an open sharing of ideas, benefits, services, and activities responsive to the musical needs of all members and their students. This is accomplished by the development of strong and active chapter leadership, enhancement of the image and visibility of string teaching and study, advocacy for string education through communication and cooperation with other music advocacy organizations, and fostering an inclusive community of string teachers, players, and their students. We fulfill this mission by embracing and inspiring our membership and by welcoming, empowering and serving their string related aspirations.

Questions? Comments? Suggestions? Please feel free to contact our board with any questions. 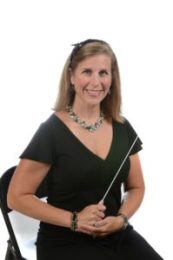 Amanda holds professional memberships as a member of the National Assciation for Music Education (NAfME), North Carolina Music Educators Association (NCMEA), and the American String Teachers Association (ASTA). She is the past NC Orchestra Division Chair for NCMEA. Mrs. Turner has been a free-lance violist in the Charlotte area for years and currently performs as a section violist with the Union Symphony Orchestra. She has taught violin and viola privately for 20 years. She currently resides in Matthews, NC with her husband Chad, a band director and free-lance trombonist, their beautiful children, daughter, Addison, son, Asher and dog Bella. 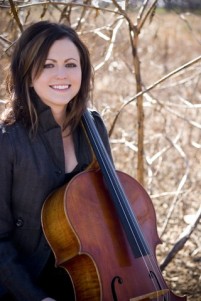 Ryane Dunnagan is a native of Winston-Salem, North Carolina. She received both her Undergraduate and Masters degrees from the North Carolina School of the Arts in cello performance. Under the instruction of Robert Marsh and Marcy Rosen, founder of the Mendelssohn String Quartet, Ms. Dunnagan has participated in various masterclasses with such artists as Joel Krosnick and the Juilliard String Quartet.

After completing her Masters degree in 2003, Ms. Dunnagan taught public school at the middle and high school level. In addition to teaching, she also performed with various orchestras in North Carolina and Virginia, such as the Salisbury, Roanoke and Asheville Symphony Orchestras. During that time, she was under the instruction of Alan Black, principal cellist of the Charlotte Symphony Orchestra.

In 2006, Ms. Dunnagan began her Doctorate degree in cello performance at the University of Georgia under the instruction of Dr. David Starkweather. As a Graduate Teaching Assistant, she was the Master Teacher of the UGA String Project, a national organization dedicated to promoting music and fostering music education in the public school system. While in Georgia, Ms. Dunnagan performed with various orchestras and most notably performed with the legendary jazz pianist Dave Brubeck for a documentary produced by Clint Eastwood.

Ms. Dunnagan completed her doctorate in 2011 and returned to North Carolina in 2012. She resumed her post in the public schools until 2016. Dr. Dunnagan is in demand as a clinician and frequently guest conducts in schools, county events, and youth orchestras. Dr. Dunnagan maintains a large private studio and is also an active member of the American String Teachers Association. She is currently a lead teacher for the Winston-Salem Symphony’s P.L.A.Y. program, an elementary strings program in the public schools. 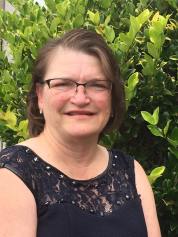 Anita Hynus received her Bachelors Degree in Music Education and General Science from Marshall University in Huntington, WV in 1981.   Mrs. Hynus attended college on an orchestral scholarship, majoring in French horn and minoring in cello.  In 1981, she received a Graduate Assistantship under the direction of Dr. Richard Lemke (Director of Bands), where she received her Masters Degree in Instrumental Music Education in 1983 and was actively involved with the “Marching Thunder” for many years.  She was involved as one of the conductors of the University Symphony.

Mrs. Hynus began her teaching career in a K-8 school in Ohio where she taught for 8 years.  In 1986, she married Jim Hynus and they moved to Lumberton, NC in 1990 and taught with the Robeson County School System..  Mrs. Hynus taught in Orange County (1996-98) before moving to Wake County Schools in 1998.  In 2002, Mrs. Hynus was hired for the orchestra position at Martin Middle.  She now teaches Beginning, Intermediate, Advanced and Honors Orchestra and Beginning Guitar.  She, also, serves at the Staff Development Coordinator for the school.

Mrs. Hynus is a member of MENC, ASTA and other professional organizations. She continues to perform on special occasions throughout the year.  She was a Girl Scout Leader (16 years) and still active in the Boy Scouts of America. In 2014, Mrs. Hynus was selected to attend a Music AdvocacyConference representing the state of NC and the NC Symphony. In 2015, Mrs. Hynus received the Maxine Swalin Award from the NC Symphony for “Making a Lasting Difference the Lives of Students through music”.  In 2016, Mrs. Hynus was selected as one of 50 Teachers who make a difference for the SBO Magazine again representing North Carolina. 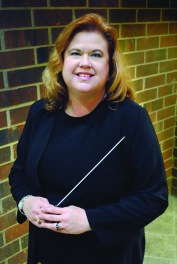 A violinist and veteran teacher, Sabrina E. Howard is the orchestra director at Charlotte Latin School in Charlotte, NC, where she teaches students in the fifth though twelfth grades. She also serves on the faculties of Wingate University and the University of North Carolina at Charlotte as an adjunct educator, teaching string methods classes and studio lessons.  Mrs. Howard is also the conductor for the UNCC Philharmonia which is a string repertory orchestra open to all students on the UNCC campus.  She is also currently in her eighth year as the music/educational director for the Union Symphony Youth Orchestra. This orchestra is for high school students across the Charlotte metro/Union County area looking for an additional full orchestra experience.  Mrs. Howard previously served as the director of orchestras at Mt. Tabor High School and Thomas Jefferson Middle School in Winston-Salem. She also taught at Independence High School and South Charlotte Middle School in Charlotte and at Eastside High School, Greenville Middle School and Northwood Middle School in Greenville, SC.

During her thirty-one year career, Mrs. Howard’s orchestras have received superior ratings at both state and regional competitions, and they have performed in Atlanta, Chicago, Orlando, Williamsburg, Washington D.C., and Toronto, Canada. Mrs. Howard earned a Bachelor of Music Education degree from the University of Southern Mississippi in 1989 and the Master of Music Education degree from the University of South Carolina in 1994. She is a past chair of the Orchestra Division for the North Carolina Music Educators Association and in 2005 achieved National Board Certification. In 2007, she was named North Carolina’s Western Regional Orchestra Director of the Year. She also has served as guest clinician/conductor and adjudicator in both North Carolina and South Carolina for All-County, All-District and Regional orchestras. Her professional memberships include the National Association for Music Education and the American Strings Teachers Association. As a professional musician, Mrs. Howard has performed with the Meridian Symphony (Mississippi); Port City Symphony (Mobile, Alabama); Greenville Symphony (South Carolina); Asheville Symphony (North Carolina); and the Union Symphony Orchestra (Monroe, North Carolina). 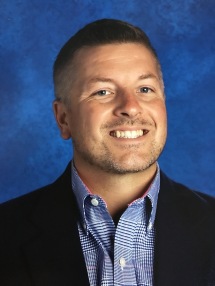 For two years, Aaron was the Assistant Director of the Oak Ridge High School Orchestra program in Oak Ridge, Tennessee. In the seventeen years Aaron had been the Director of Orchestras at Forsyth Country Day he had grown enrollment in the strings program from just under 60 students to over 200, making FCDS one of the largest independent school string programs in the Southeast. Active as a clinician, Aaron has served as a guest conductor for a number of county and state orchestras in throughout the south east. He currently serves as the president of the North Carolina Chapter of the American String Teachers Association and also acts as the audition coordinator for the NCMEA Jr. Western Regional Orchestra.

While in Tennessee, Aaron performed with the Symphony of the Mountains in Kingsport, and the Knoxville Opera. Prior to moving to Knoxville, Aaron was assistant Principal Bass of the Johnstown Symphony Orchestra in Johnstown, PA. Currently, Aaron performs as Principal Bass of the Western Piedmont Symphony in Hickory, NC, and continues jazz performances as a freelance bass player with groups throughout the Piedmont Triad.

Anne Marie Samuel is currently the orchestra director at Cannon School in Concord, North Carolina where she has taught middle school and high school for nine years.  Mrs. Samuel’s orchestras have earned excellent and superior ratings at the Carowinds’ Music Festival, Festival of Music at Myrtle Beach, and the Festival of Music at Disney World.  Her students regularly are accepted into the American String Teachers Association All-State Orchestra, the Western Regional All-State and Junior All-State Orchestras, the North Carolina All-State Honors Orchestra, and have gone to the All-National Honors Orchestra.

Mrs. Samuel graduated with degrees in both Performance and Music Education from the University of North Carolina at Greensboro.  She plays the violin, the viola, and the viper (an electric violin) professionally.  She has conducted and performed as a viola soloist with the Lake Norman Orchestra, and as a section member of the Charlotte Civic Orchestra and the Salisbury Orchestra.  At Davidson College, Mrs. Samuel has assisted with the orchestra and adjudicated the Concerto Competition.  Currently she performs with the Volam Quartet, which consists of a small group of local professionals in the Charlotte area.  During the summer, Mrs. Samuel runs the Youth Rock Orchestra Camp in Concord where she focuses on modern music and electric string instruments.

When not teaching or performing, Mrs. Samuel loves to ride her horse and spend time outdoors with her family.  She currently lives in Concord with her husband David and daughter Clara. 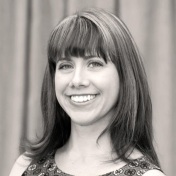 Erica Hefner is an accomplished orchestral educator in the Charlotte region. She is entering her 14th year of teaching at the Northwest School of the Arts. Erica began her educational career in Charlotte in 2005, teaching middle school orchestra at Piedmont and J.T. Williams. Under her direction, these orchestras grew from 60 to 130 students in just a few years. In addition, she has been a leader in the arts for the International Baccalaureate Programme, worked on many collaborative performances, and has worked with the Charlotte Symphony to lead the arts team in a program titled “Interpreting History Through Art.” Since teaching at Northwest, the orchestra program has grown from 40 to 85 students in four years. Her orchestras have received excellent and superior ratings at Music Performance Adjudication; taken successful trips to Disney, Universal, Nashville, LA, Grand Canyon; and maintained a fantastic relationship with the Charlotte Symphony and Charlotte Concerts. Their most recent accomplishments include performing at the 2017 North Carolina Music Educator’s Conference in Winston Salem, and at Charlotte Concerts’ “A Musical Showcase” in April 2018.

Before starting her educational career, Erica was a flutist who received a Bachelor’s Degree in Music Education from the University of North Carolina at Greensboro. After teaching both band and orchestra in her first teaching position, she discovered a love for teaching stringed instruments and the students that loved those instruments. Erica serves on the Charlotte-Mecklenburg Schools’ professional development cadre to work to create meaningful professional development opportunities for CMS Orchestra teachers. She also perform as a freelance flutist and working as a clinician with orchestras. Outside of teaching, Erica enjoys running, yoga, visiting the mountains, spending time with her husband, Dave, and being Mommy to her two wonderful children: Jonas and Marley.